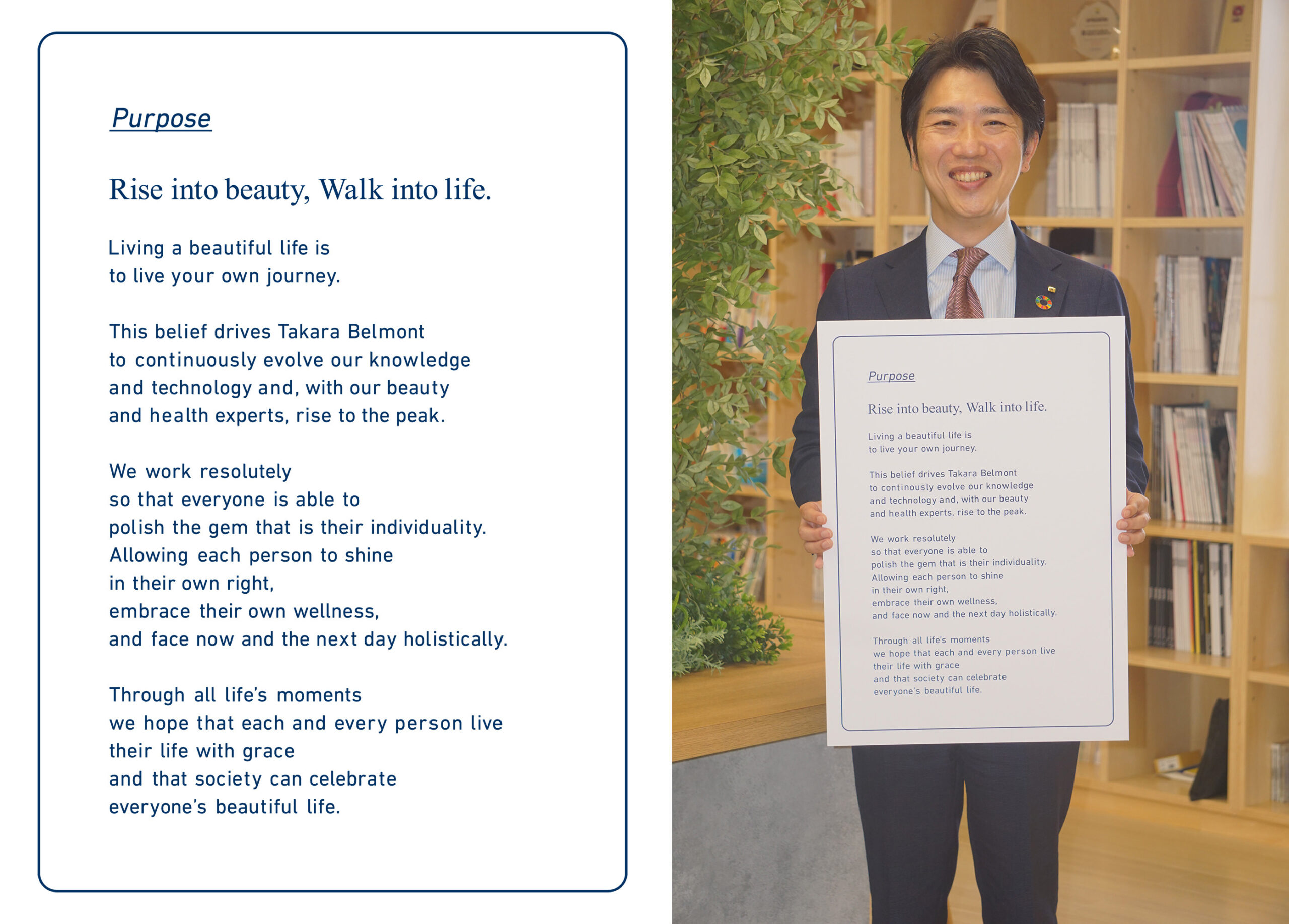 OSAKA, Japan, Oct. 30, 2020  — Takara Belmont Corporation has released its corporate purpose for its next 100 years as well as a logo commemorating the 100th anniversary of its founding next year as the company marked its 99th anniversary in October 2020.

Hidetaka Yoshikawa, Chairman and CEO commented, “Looking ahead towards the next 100 years, we are delighted to continue to serve the future of our clientele, industry, and society as a whole in leading beautiful and fulfilling lives.”

Founded in the western Japan city of Osaka in 1921, Takara Belmont has developed, produced and sold hair salon equipment, professional hair cosmetic products for the hairdressing industry, and dental and medical equipment for the medical field.

As it looks ahead to the next 100 years, Takara Belmont is determined to promote corporate management based on its newly established corporate purpose and strive to help create a society in which customers in its target industries as well as people in the world are filled with joy of being beautiful.

The history and business of Takara Belmont

Takara Belmont was founded in 1921 as a foundry. Its founder, Hidenobu Yoshikawa, decided to produce barber chairs at his company in 1931 as it received orders for casting parts of such chairs. The company was able to swiftly improve its barber chairs to meet customer needs because it fully produced such chairs, including their parts. It used the world’s first electric barber chair released in 1962 to expand its market share. The company continues to supply top-grade, high-quality equipment for the world’s hairdressing industry, based on Yoshikawa’s belief that “great products will be used anywhere in the world.” Takara Belmont became the first Japanese manufacturer of hairdressing equipment to advance into the United States when it established a local unit in New York in 1956. The company has thus evolved into a brand loved by hairdressing professionals and known to everybody in the world.

Takara Belmont, which entered the hairdressing field by producing barber chairs, has expanded the scope of its business to manufacture and sell salon chairs, shampoo units, hair processors, esthetic equipment, and cosmetic products for hair, skin and nail care. Moreover, the company designs hair salons and provides counseling on the management of such salons, including technical instructions for their staffers, thus supporting the management of hair salons on various levels.

Takara Belmont produces and markets “LebeL,” a technical brand of high-quality products that meet the detailed and diverse needs of hairdressing professionals. It began to export “LebeL” products in 1996, and their sales are expanding in Russia as well as various countries in Asia. Its hair and skin care brand, “ESTESSiMO,” has also gained popularity among Russian hairdressing professionals.

Takara Belmont advanced into the dental equipment filed by applying existing hairdressing technologies to produce dental units in 1967. The company placed these products in the U.S. market the following year. It has brushed up its technologies by responding to the uncompromising requirements of American doctors to improve the quality of its dental units, advancing into Europe, South America and Asia. In addition to its dental equipment business, it has expanded the scope of its business to target the entire medical industry, and exported uniquely designed birthing beds, examination tables for obstetrics and gynecology, and ophthalmic surgical chairs, etc. These products, introduced by well-established hospitals in the United States, have won support from doctors in the world.

Definition of its corporate purpose 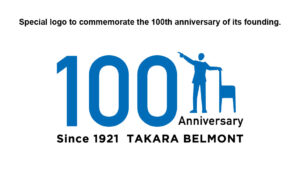 Philosophy behind the commemorative logo:

Over 100 years from its founding, Takara Belmont has cherished professionals’ enthusiasm about and passions for developing and making its products. The commemorative logo symbolizes a close relationship between people and goods the company produces and sells by likening the letter “t” in “100th anniversary” to a person and “h” to a chair, which is one of the company’s products. The “person” in the logo points further beyond the figure “100” to show the direction of the company over the next 100 years.

The Takara Belmont group will use this logo in its publicity campaigns from October 2020 to September 2022.

Read More Articles
FIND A BELMONT REP
X
What can we help you find today?